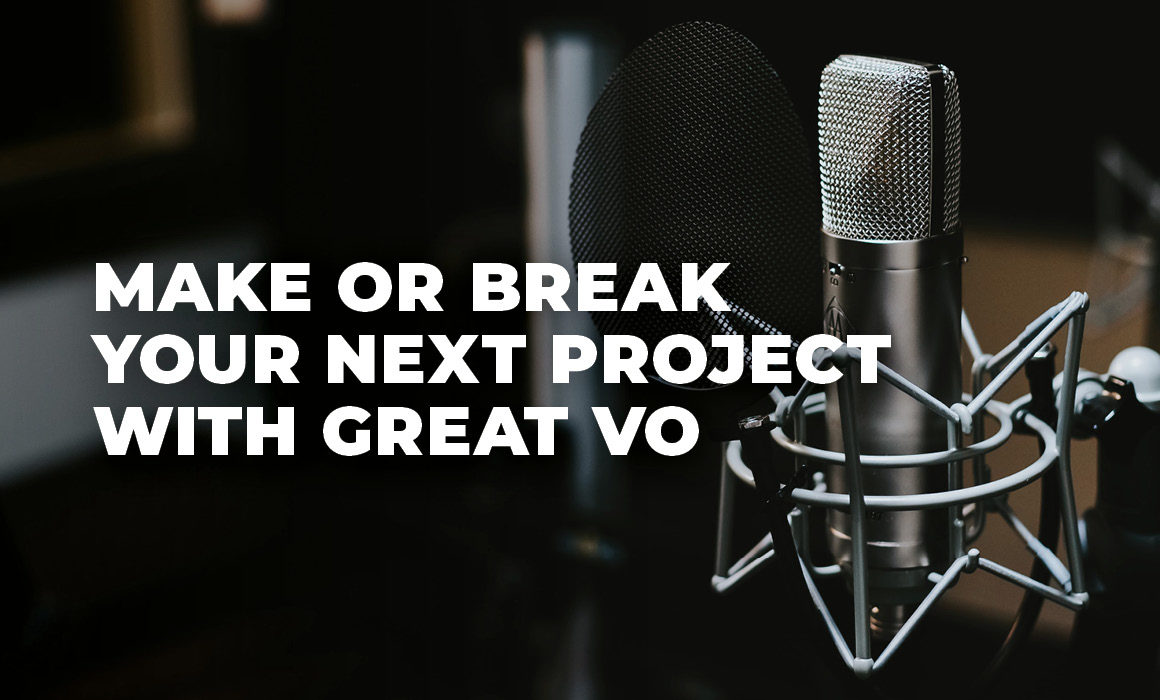 The writer will tell you the script is everything. A composer favors the music. Other folks say it’s the deal, the selling proposition. But the fact is, nothing has a greater effect on the ultimate outcome — whether you succeed in connecting with the audience or not — than the human voice your audience will hear.

That’s why we’re so deliberate and intentional (not to mention passionate) in our use of voice talent at Borshoff, and we think you should be, too. So, we wanted to share a few truths we’ve discovered that can help your next project come out sounding terrific.

Remember, in the title “Voice Actor,” “Actor” is the operative word.

Great narration or dialogue rarely comes from someone who just has “a really good voice.” The person you truly want in the booth for your recording will have the mental and physical skills of a stage or screen actor – emoting, connecting, finely modulating mood – and not just a great set of vocal cords. As a sidenote, we’ve observed that many of the best ones literally act in the recording booth – they gesture, they smile, they talk with their hands. You really can hear it.

And, since we brought it up, in our experience it’s been the case that individuals with, shall we say, a conspicuously sonorous delivery – or just a half-convincing James Earl Jones impression – rarely come across naturally on the microphone. They can take all the “Wow, great voice!” compliments from drive-thru operators. Meanwhile, we’ll take a great actor any day.

So don’t use just anybody.

Asking an amateur to provide your narration or dialogue is kind of like asking your neighbor to cut your hair: It gets ugly fast. Professional voice talent, as in people who actually know what they’re doing, are really not that hard to find – and not that expensive. You can likely ask for help from a local studio, as we do, or browse libraries of voice demos online. Alternatively, a talent scout can point you toward any particular sound you’re not finding. There are always ways. There will be a range of costs, but you’ll be surprised how affordable it is to hire even a super-experienced voice actor. Note, this, though: It should cost more than $5.

Cast wisely. Then trust your choice.

You’ve selected from a qualified pool, you’ve got your person, you’re good to go. Now, don’t fumble in the endzone by making them sound like someone else. Any good voice actor will have some range, of course, but if you find yourself stretching the ask way beyond that person’s natural personality or voice type, it’s a recipe for frustration. Natural is nicest. In fact, we often ask voice talent to do an initial, un-directed read right off the bat – just to get a sense for how they think the recording ought to sound. (They’ve probably already rehearsed it in the car on the way to the session.) Surprisingly often, that “cold” read puts us in the ballpark. You can try that, or not, but please just let your talent sound as much like themselves as possible. Trust us here.

Your voiceover artist is going to perform best when taking direction from a single person. (Generally, that’ll be the person who wrote the script.) In contrast, it’s no fun for them to have to field three or four or more (often conflicting) perspectives, no matter how experienced they are. Do them – and yourself – a solid and route all feedback through the one friendly voice they’ll be hearing in their headphones. Give clear direction, avoiding ever saying anything like this: “Um, I can hear it in my head, and you’re just not getting it. I don’t know.” The talent will thank you, matters will flow more smoothly, and you’ll get to the results you’re looking for more quickly.

We know, we know. With modern technology and sound-editing software, it’s very possible, but very inadvisable, to snip out every breath, pause and indication that your script was read by an actual living human. It’s also a cinch to, oh, let’s say, take the ending from Take 11, slap it on the beginning of Take 4, but use the “the” from Take 9 and add an “s” to the word “feature” by stealing it from the word “words” in Take 7, and… just don’t. We can all hear when people do that. Humans are very, very good at recognizing when other humans are speaking naturally, so it’s best to just let them do that as much as possible. Even if your engineer is a wizard.

So that’s five simple ways to help your next VO effort succeed. In closing, we thought we’d share an example of what happens when everything goes right: Clap your ears onto this stellar narration, provided by Bridget Haight, for an evocative mini-story about finding a career path. With a script like this (and I say that having written it), the read could’ve been awful – stilted, phony, flat, or all of the above. But no, instead Bridget made it real – and, in my opinion, really engaging. Kind of magical when it all comes together, no?

For more examples of great VO, check out some of our latest work here.